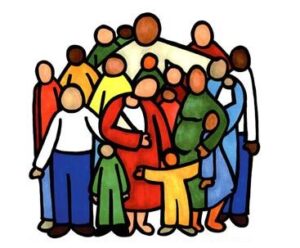 
A new “public charge” regulation finalized yesterday by the U.S. Department of Homeland Security (DHS) adds critical protections to secure immigrant families’ access to the health and social services safety net, including housing. While the final regulation largely restores and improves upon the public charge policy in place for 20 years prior to the Trump administration, it also makes improvements sought by the National Housing Law Project and the hundreds of other organizations coordinated by the Protecting Immigrant Families coalition (PIF).

The ongoing public charge litigation battle has ended and the Trump rule can no longer be enforced. The United States Department of Justice yesterday filed motions to dismiss its defense of the Trump public charge rule, ending a nearly two-year legal battle and invalidating the rule nationwide. The public charge rule has effectively denied millions of immigrant families health care and economic support–a particularly cruel impact during the COVID-19 pandemic.

The Public Charge Rule, finalized on August 14, makes it easier for the Department of Homeland Security (DHS) to determine certain immigrants to be a “public charge”, which can result in someone being denied admission into the country or prevent someone from receiving a green card. Under the Public Charge Rule, an individual may be deemed a public charge because they use, or might use, vital health, nutrition, or housing assistance programs. Certain immigrants can be deemed a public charge even if they have never received federal benefits based on several factors including income, age, health, and education level.

If not blocked in court, the Public Charge Rule will go into effect October 15, 2019 and will drastically change immigration policy by expanding the types of benefits that DHS considers in public charge determinations to include benefits such as Medicaid, SNAPS, public housing, and Section 8 housing subsidies.

The National Housing Law Project, along with over 300 organizations nationwide, partnered with the Protecting Immigrant Families Campaign to help lead the charge against the proposed version of the rule during the public comment period, which closed December 10, 2018. We’re happy to report that over 266,000 comments were submitted, the vast majority of which oppose the public charge rule.

To learn more about the rule and what you can do: