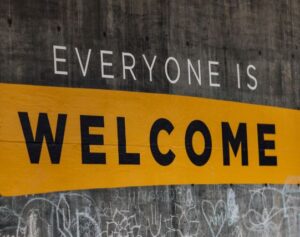 Immigrants are vital members of our society. Data shows that they contribute to the U.S. economy in many ways and contribute to our communities in ways that go far beyond their positive impacts on the economy. In gaining their foothold in the U.S., immigrants, like all of us, often need help with housing and other public supports. The United States must take active and deliberate steps to restore its status as a beacon for immigrants, regardless of their country of origin, seeking a better life for themselves and their families. Especially during a devastating pandemic, it is critically important that there is no recovery or relief without including immigrants and their families, regardless of their immigration status.

LIHWAP was enacted as an Emergency Measure to Address the Nation’s Public Health Crisis
The LIHWAP program, enacted by Congress to address the public health emergency caused by COVID19, aims to ensure that low-income households have access to basic water and wastewater services. As ACF recognizes in its FAQ, “Access to safe and affordable drinking water and wastewater services is a fundamental element of health, safety, and well-being for households across America.” The agency notes that “water affordability needs have been significantly exacerbated by the COVID-19 public health crisis, and while water is required to follow the federal guidance from the Centers for Disease Control and Prevention (CDC) advising washing hands frequently in order to reduce the transmission of Covid19, the pandemic has made it significantly more difficult for individuals and families to pay their home drinking water and wastewater bills.”

The National Housing Law Project applauds the US Department of Housing and Urban Development (HUD) for withdrawing the previous administration’s harmful and misguided proposed “mixed-status” rule.

“Housing and Community Development Act of 1980: Verification of Eligible Status; Withdrawal,” published in Federal Register on April 2nd, removes the the rule from HUD’s upcoming Spring 2021 Unified Agenda of Regulatory and Deregulatory Actions. The Trump administration’s proposed rule, released on May 10, 2020, would have led to nearly 25,000 mixed-status immigrant families, who are ineligible for public and other subsidized housing due to their immigration status, to split up or be evicted. More than 55,000 children would have been adversely impacted and potentially evicted by this rule.

In the first month of the new administration, President Biden signed Executive Orders Advancing Racial Equity and Support for Underserved Communities Through the Federal Government and Restoring Faith in Our Legal Immigration Systems and Strengthening Integration and Inclusion Efforts for New Americans. Both orders directed federal agencies to review existing and proposed federal policies that work contrary to the Biden’s administration goals to advance equity for all, including people of color and marginalized communities, and to strengthen inclusion efforts for immigrants, including by eliminating any actions by the federal government that may create fear or other barriers to immigrants seeking to access government assistance. In light of these two directives, HUD determined that the proposed rule conflicted with both executive orders.

“The proposed rule was not only contrary to the law, which allows these families to live together in federally-assisted housing, but to our values as a nation,” said Kate Walz, senior attorney of NHLP. “HUD’s withdrawal of the rule means that families can still live in HUD-assisted housing without fear of being separated or evicted due to a household member’s immigration status or inability to prove they are a U.S. citizen.”

We want to thank the thousands of organizations, housing authorities, local governments, public health officials, and individuals, including immigrants who would have been evicted or separated from their families had the rule gone into effect, who joined NHLP and NLIHC’s Keeping Families Together campaign. Collectively, more than 30,000 comments were filed in opposition to the Trump administration’s rule, one of the largest in HUD’s history.

We also want to thank our partners, including the National Immigration Law Center, Western Center on Law and Poverty, Disability Rights California, and the law firm of Farella, Braun, & Martel, LLP, for their preparation with us of a potential legal challenge to the proposed rule.

With the proposed rule formally rescinded, HUD will continue to comply with Section 214 of the Housing and Community Development Act (Section 214). Section 214 permits mixed-status families, those which include members who are eligible and others who are ineligible for housing assistance based on their immigration status, to be permitted to live together in subsidized housing with prorated assistance.