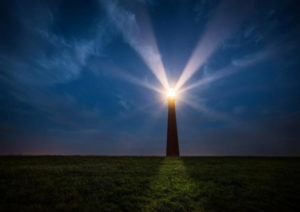 On April 17, the Department of Housing and Urban Development (HUD) released a proposed rule for Congressional review that would prohibit “mixed status families” from living in public housing and Section 8 programs. The rule would further require all residents under the age of 62 to have their immigration status screened through the Systematic Alien Verification for Entitlements Program (SAVE), which is operated by the Department of Homeland Security.

“Contrary to HUD’s claims, this rule would primarily strip housing assistance from the citizen children of immigrants. It is part of a broader strategy to demonize all immigrants, no matter whom it harms. If the Administration really cared about solving the public housing waiting list crisis, then it would increase funding for federal housing programs,” said NHLP Executive Director Shamus Roller. “Instead, the Administration has consistently proposed cutting funding for public and assisted housing.”

Adrianne Todman, CEO of the National Association of Housing and Redevelopment Officials, stated, “…to create a new rule that will disrupt existing tenants and families seems both cruel and unnecessary. And using lengthy waiting lists as the excuse to do so is, frankly, ridiculous. Waiting lists are long not because of undocumented families, but because there is not enough public housing to help all who need it.”

The proposed HUD rule threatens the housing stability of thousands of immigrant families that legally reside in public and Section 8 housing and will further increase the panic, fear, and confusion among immigrant communities.

The proposed rule will be reviewed by Congress for 15 days and then published in the Federal Register where the proposed amendments will be available for public comment for 60 days. During this 15-day review period, NHLP urges you to contact your federal legislators to encourage them to oppose the rule by writing letters to HUD.  NHLP will provide additional information when the rule is published.